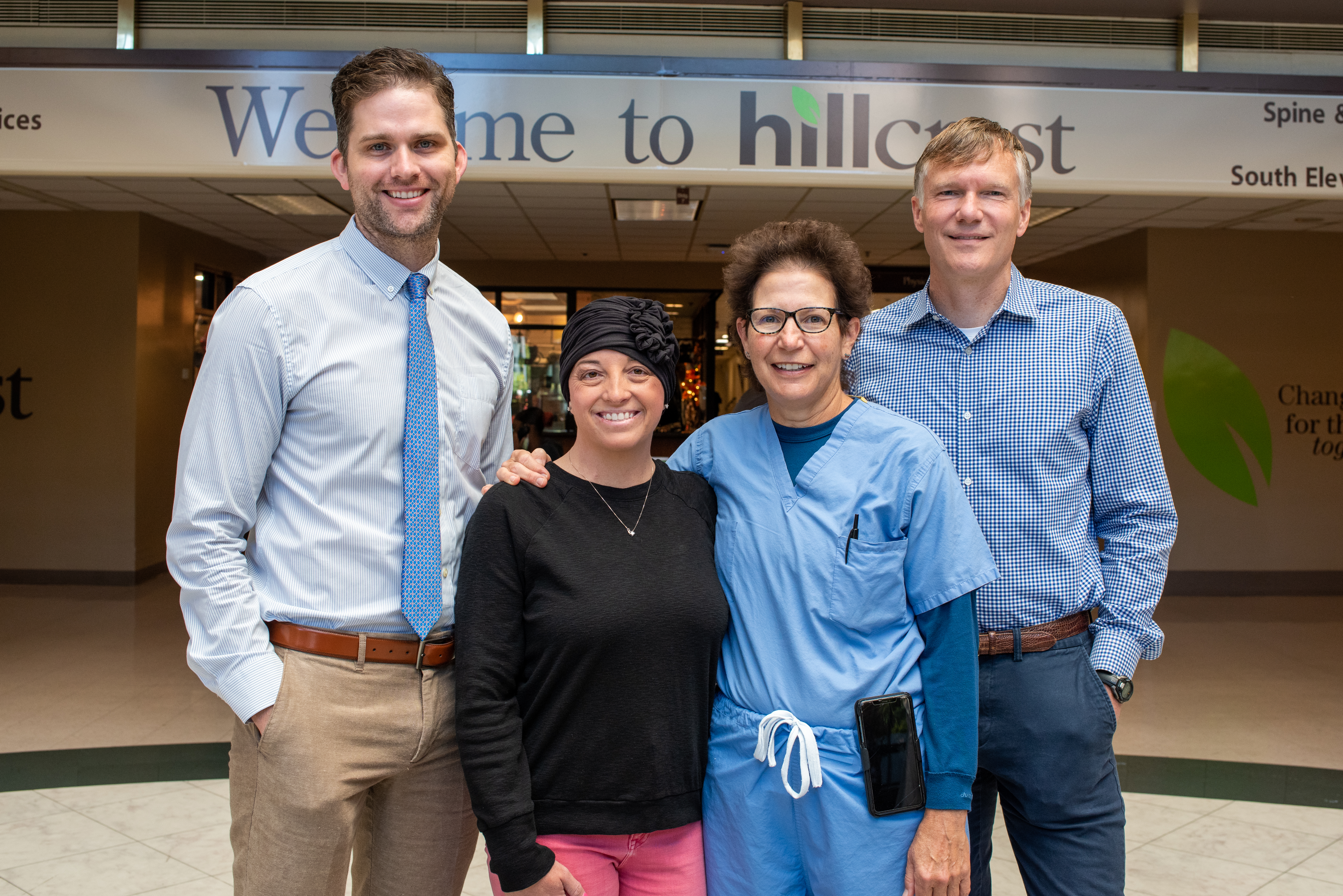 Jennifer Haught gained a new perspective and appreciation for her work family, albeit in less-than ideal circumstances.

“I became highly emotional and was scared,” said Haught of learning her diagnosis.

She had never personally experienced a health scare like this before, but it was the level of care she has received since that has continued to resonate with Haught.

With the easy of scheduling, she was able to book her mammogram appointment online. After Haught learned of her diagnosis, a care plan developed quickly.

Haught was quickly put in contact with Clint Merritt, M.D., co-medical director of breast care for UPC, and the rest of her care team, including Jason Martens, M.D., diagnostic radiology specialist. Haught complimented the group for working together to consolidate her time in scheduling appointments.

“Dr. Merritt caught wind of my results the same day I got my mammogram results and he saw me in his office the very next day,” she said. “Our breast center does an amazing job. Dr. Martens is amazing and the team as well. The radiology team got me scheduled for an MRI the next day. I felt everybody went above and beyond. They really think of things in terms with a patient’s perspective.”

When she began her breast care treatment, Haught made a point of not telling anyone on her care team that she worked at UPC. Instead, she wanted to be a patient and see what other patients experience. That changed during her biopsy tests. Martens asked Haught what she did and was surprised when hearing her answer. His response was something Haught would never forget.

“He told me at the end of the procedure, ‘Jen, we’re family. We’ll take good care of you.’ That meant so much to me,” Haught said. “Just a couple days later after my biopsy results, he called me on my cell to check on me and see how I was doing. That showed me he cared. When he told me he would take care of me like family, he expedited those words and showed me what it meant to be a family.”

Part of Haught’s care plan includes six total chemotherapy treatments with one session every three weeks. Prior to her treatments, she was prepped for the occasion, thanks to nurse practitioner, Reginal Mills who works alongside of Edwin McCreary, M.D., medical oncologist.

“They took their time with me, and I left there thinking I knew what to expect,” Haught said. “I had no little fear. And I think that makes you feel good coming in for treatment.”

She also gave kudos to Karen Boland, M.D., an anesthesiologist on her team. Boland was able to put Haught at ease before having the port placed. As her treatment has continued, Haught lauded the support and encouragement she has received from many of her colleagues along the journey.

UPC CEO Jim Kaltenbacher has reached out to her on multiple occasions. Several other Hillcrest employees remained in close contact with Haught and her husband. Coworkers even made a blanket she could bring with her during chemo treatments. The providers and employees that Haught works alongside have also been very supportive of her.

“I have been overwhelmed by the support,” Haught said. “All of our values that we talk about in the company have been demonstrated. The values that we want others to put forth, they are doing that. They are touching others.”

Haught expresses that October is Breast Cancer Awareness Month, make time to schedule a screening mammogram. It takes less than 15 minutes to complete the exam.