Is flu season over? Not yet, according to local doctors. 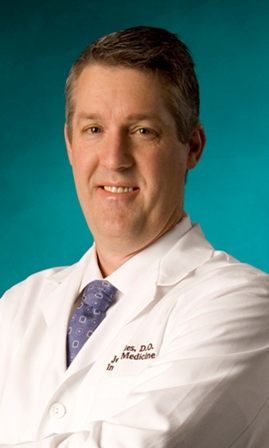 TULSA, Okla. (April 4, 2018) – Is the flu season over? Not quite, according to doctors. This flu season has been especially brutal, resulting in more than 4,500 hospitalizations and, tragically, 253 deaths from Sept. 1, 2017 – March 20, 2018 according to the Oklahoma State Department of Health (OSDH). OSDH reported no new deaths resulting from influenza from March 21 – March 27, 2018, though during the same time period 27 Oklahomans were hospitalized due to flu complications. “Influenza generally has one or two peak times during the year,” explained Jeffrey Galles, D.O., chief medical officer of Utica Park Clinic. “We can see an early uptick in November/December and then see a larger outbreak more commonly from February through April. Influenza peaked in late February but flu season is not over yet.” The good news is that the incidence of flu is slowly decreasing across the country. Dr. Galles shared, “In my office, we are now only seeing a handful of cases each week. We will probably see flu cases through April.” While new flu cases continue to decline, there’s no doubt this flu season has been particularly harsh. “This year the flu season was more severe due presumably due to one strain H3N2-predominant strain was more prevalent than anticipated; the influenza vaccine this year was not particularly effective against that strain. The H3N2 strain also tends to be worse in children and young adults as well as people over 65. Several other influenza strains were much better covered by the vaccine,” said Dr. Galles. How can you protect yourself against the flu? The influenza vaccine remains the best defense against the flu and is still offered at most Utica Park Clinic locations. Dr. Galles also recommends the standard precautions to prevent the spread of germs: “Cover your mouth with the bend in your elbow when coughing or sneezing, wash your hands frequently, don’t eat or drink after others, get plenty of rest and use precautions when you are around those who are ill.” To find a Utica Park Clinic location near you, visit UticaParkClinic.com or call 918-579-DOCS (3627). About Utica Park Clinic Utica Park Clinic (UPC), a service of Hillcrest HealthCare System, is one of the largest physician groups in Oklahoma. UPC offers over 200 primary and specialty care providers who practice in over 50 clinics throughout northeastern Oklahoma. Utica Park Clinic also offers urgent care services at its 91st and Mingo location. For more information about Utica Park Clinic’s locations, services and providers, please visit UticaParkClinic.com. ###